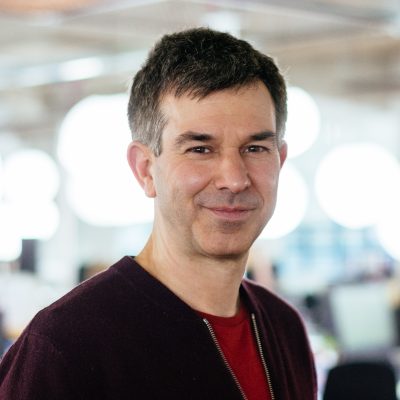 Before forming Blink, Dan was Channel 5’s Director of Programmes from 2003 to 2006 where he was responsible for all the channel’s output including Banged Up Abroad, The Gadget Show, The Hotel Inspector, The Farm, Suburban Shootout, Build A New Life In the Country, and Cosmetic Surgery Live.

From 2001 to 2003, he was C5’s Controller of Factual where he created the RTS award-winning history strand, Revealed, and commissioned World War I in Colour, Pompeii Live, Kings & Queens, and feature shows Britain’s Worst Driver, and Dream Holiday Home From 1997 to 2001 he was Science Commissioner at C4 where he created the long running strand Secrets of the Dead, and commissioned Escape from Colditz. Private Lives of the Pharaohs, and the reality show Lost. He was also the co-commissioner of the first series of Big Brother. Dan graduated from Oxford University in 1991, and began in TV as a researcher on current affairs shows including Panorama and Dispatches. He went on to direct films for the Channel 4 science strand Equinox, including Sun Storm and Russian Roulette. He is a Governor of the London Film School. 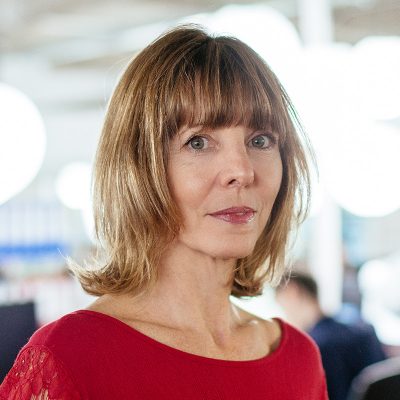 Justine started her career in television news, working in Romania, Moscow, Turkey, Slovenia and The Gulf. In 1992 she traded warzones for wildlife at the BBC’s Natural History Unit, where she produced a range of popular and blue-chip documentaries. Justine went on to direct and produce on the celebrity wildlife series ‘In the Wild’ for PBS, working with John Cleese, Ewan McGregor, Holly Hunter, Whoopi Goldberg and Richard Dreyfus. She also devised, directed and series produced the hit wildlife soap Monkey Business for ITV’s Granada and Executive Produced programmes for Channel 4, Natgeo, Discovery and PBS including Journey of Man and Secrets of The Dead. In 2002 Justine made a foray into broadcasting as commissioning editor of factual programming and was responsible for over 200 hours of programming including Extraordinary People, The Gadget Show, and The Big Question.

Since starting Blink Films with Dan in 2007, Justine has produced several series and specials including RTS nominated The Great Sperm Race, BAFTA winning Mummifying Alan and Netflix special The Creative Brain with David Eagleman. Mst recently she has created a new history format for the BBC called Unforgotten and a ‘chimpanzee soap’ called Meet the Chimps for National Geographic and Disney+ – both currently in production.

Justine has won several awards including 2 EMMYs, a Peabody, an RTS and a BAFTA. 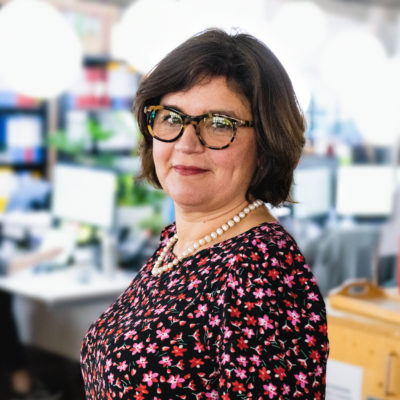 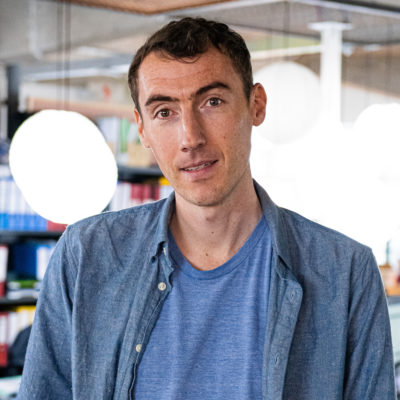 Matt joined Blink Films as Group Finance Director in January 2018, having spent the previous three years as Head of Finance at Dragonfly Film and Television productions. Matt has overall responsibility for all financial matters at Blink Films and the other companies within the Tin Roof Media group, working closely with the Group Operations Director to maximise profitability and provide the commercial support that the business needs to make continued award-winning programming.Qualifying as a chartered accountant in 2007, Matt previously worked in the audit and commercial property sectors before moving into broadcast media. 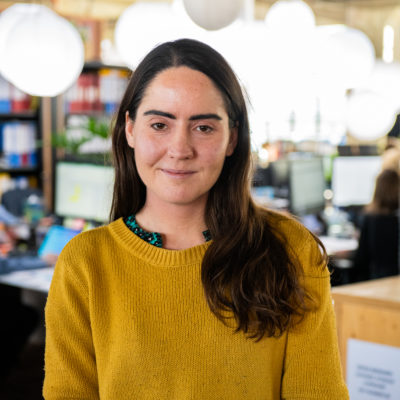 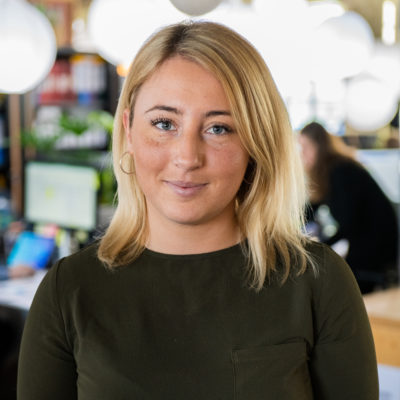 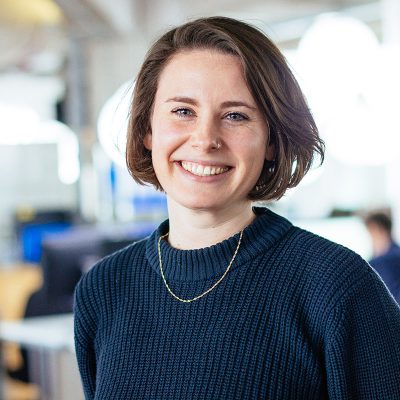 Lesley joined Blink in 2016, working within the development department to boost the company’s factual slate. At Blink she has developed more than 70 hours of commissioned television for all the major UK, US and international broadcasters. Her commissions include Treasures Decoded 6 (6 x 60’ – Smithsonian and C5), Meet the Chimps (5 x 60’ – Disney+) and Cat & Dog Tales (2 x 60’ – BBC2 & NOVA). From the streets of Pompeii to the jungles of Papua New Guinea, Lesley has produced award-winning documentaries in some of the planet’s most exciting locations. Career highlights include dodging the Jeremy Kyle Show cameras at Granada Studios, walking away unscathed from exploding liquid nitrogen and nearly losing an arm on the hunt for life-saving bats. 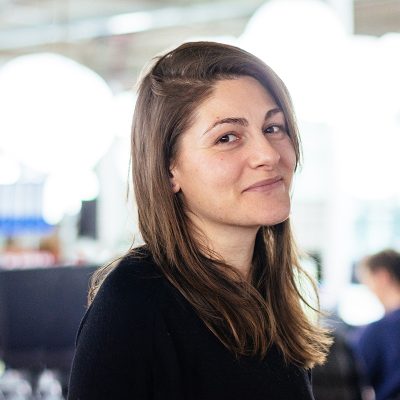 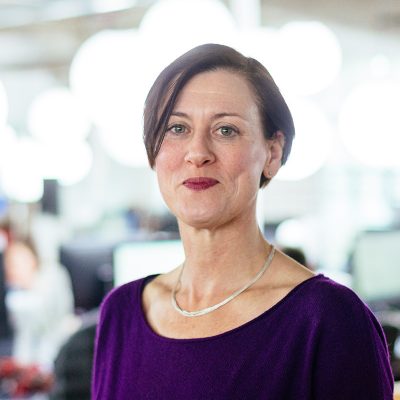 Andra started her telly career as a BBC Production Trainee before going on to spend three years as a journalist and editor in a TV newsroom. After deciding there was more variety in Production, she became Central TV’s youngest-ever Series Producer and has since produced shows in every genre for a wide-range of Broadcasters from raucous late night live debates to the (slightly) more sedate This Morning, the wonders of Tomorrow’s World to TLC’s Half Ton Hospital. In 2010 Andra joined the Blink team as an Executive Producer looking after a range of shows including World’s Top 5, Real Stories and Meet the Orangutans before heading off for a two-year stint as Channel 5’s Head of Programmes. She’s now happily Blinking again exec-ing everything from Dave’s Joy of Techs to Smithsonian’s Secrets. 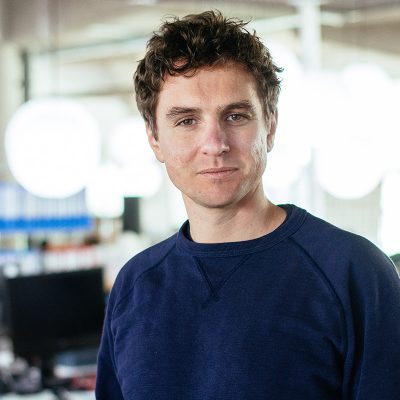 Since joining Blink in 2016, James has developed more than a hundred hours of TV for all the major broadcasters and streamers, dug for lost treasure in the Egyptian desert, and attempted to X-ray the planet. Before Blink he was at DSP for several years, where he helped build a Grierson-winning bionic man. And before that he was a student on Imperial College’s science communication programme. 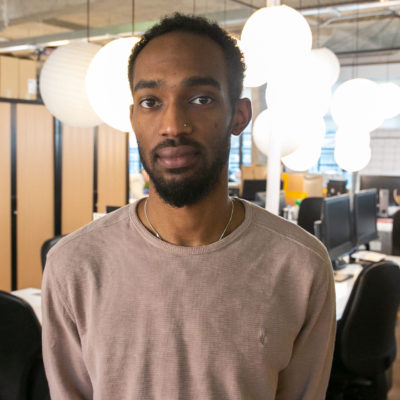 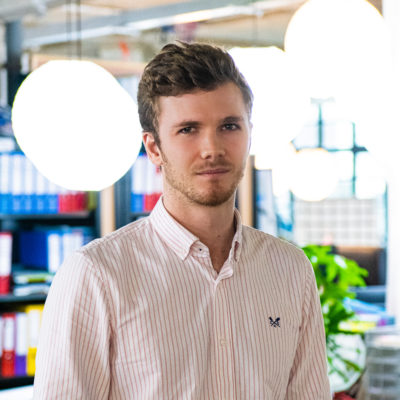 Tom joined Blink in 2018, working within the development department and has since produced over 100 sizzles and tapes, now heading the company’s creation of sizzles, pilots and trailers as Development editor. Before working at Blink, Tom spent a year at STV Productions as a development researcher, following a degree in Natural Sciences at Cambridge University.